Many will think of the hair when they hear this name, unless born before 1960 or after 2010, then those numbers might be fewer. This became the name of the remote control plane due to the large pylons on each side of the fuselage. The plane center of gravity was almost a perfect match to the original. The weight was evenly placed but it was noticeably more than the stock 55 grams. 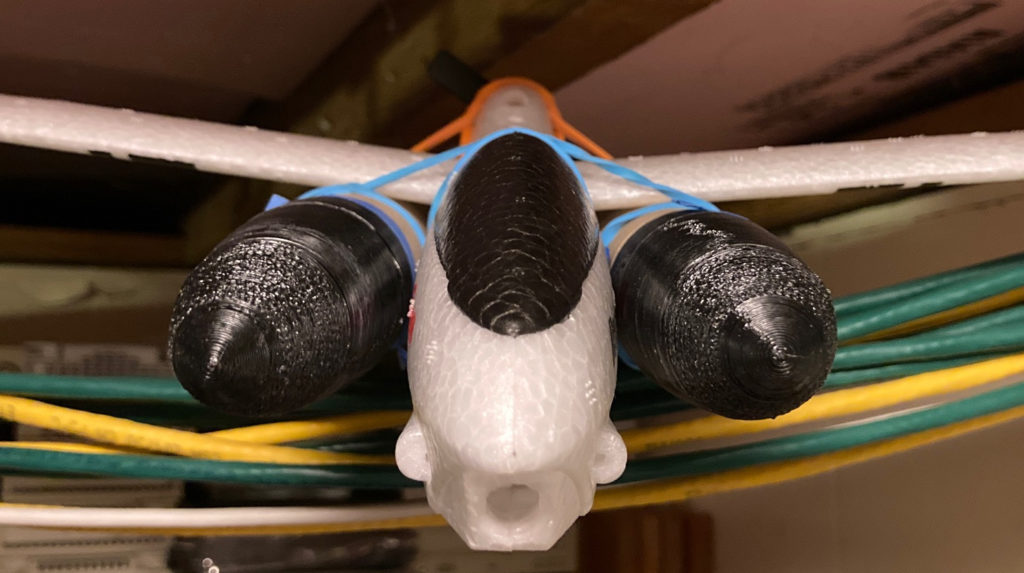 It was flight day after a couple of days of light rain. The ground still had some moisture, but not enough to prevent the first flight. Preparing the pylons and connecting the GPS and battery to the electronics housing was a bit of a process. Once done, the system was powered on to let the GPS get a lock. During this time preflight was done to verify all control surfaces were working and responding as expected. A test of the gyro stabilizers also checked good. With everything ready, the GPS enable switch was set and the system began to blink indicating a lock and write to the memory card. The last item was to arm the motor and spin it up. One last check of the field for anyone and the plane was ready.

The first throw ended with the plane hitting the deck. After inspecting for any trouble, the plane was ready once again for another attempt. The second throw ended the same as the first. It was clear the weight of the plane was the problem. So after one more check of the plane and a rehearsed plan on launching it, a third attempt was made. The plane barely maintained 4 feet above the ground. The Elevator and throttle were hard back. The only think keeping it in the air was the headwind. Once the plane made a slight turn out of the headwind, the plane lost altitude and skidded on the ground. 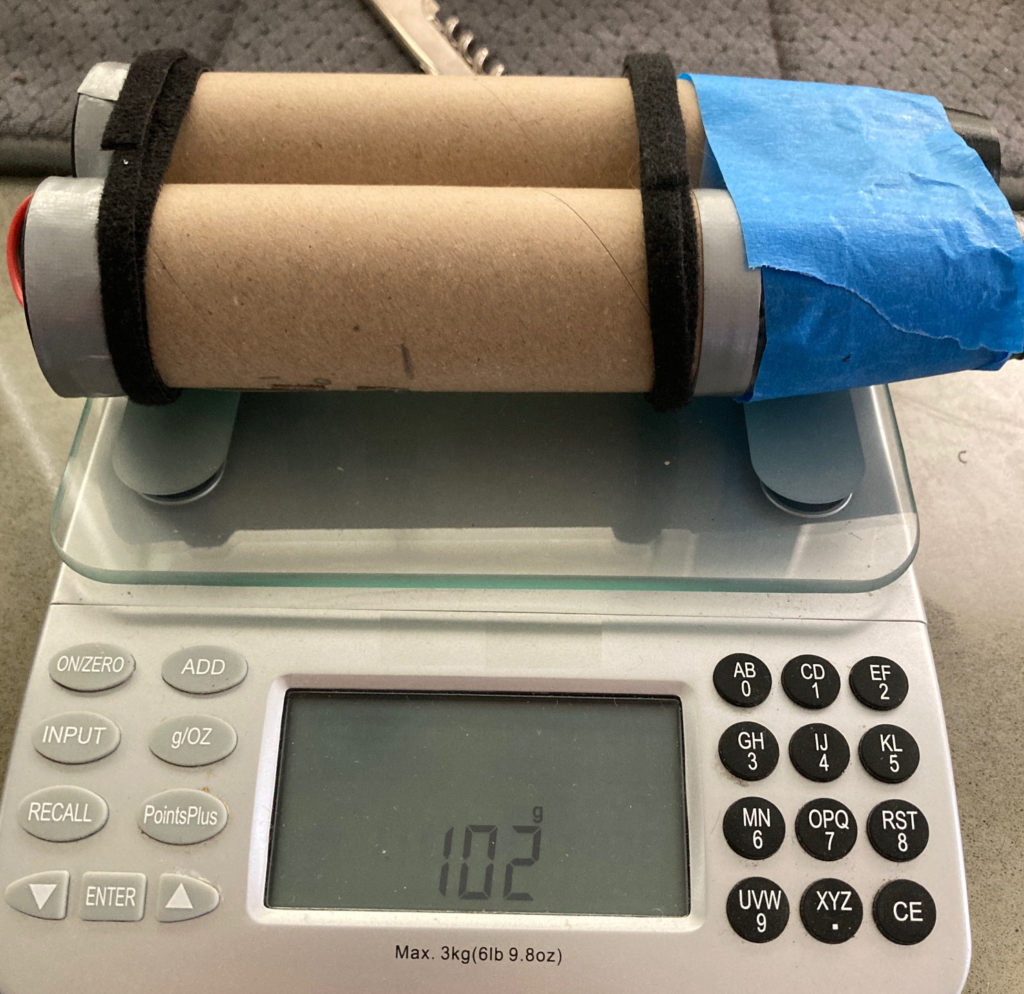 The bird had too much weight, this meant the entire pylon setup would need to be scrapped. After getting back from the field, the pylon and equipment were weighed, which totaled 102 grams. How much could the plane actually carry was something that hadn’t been established. Here were the facts that were known. The Ranger 600 specs are a 600 mm wing span, noted as WS, and a 85 mm cord length, noted as CL. The weight of plane including battery w/o payload = 55 grams, payload added to plane = 102 grams, failed flight weight = 157 grams. There were two resources online that had differing ways on how to answer that question.

https://racenrcs.com/how-much-weight-can-an-rc-plane-carry/
“How much weight can an RC plane carry? The answer to this question can vary greatly depending on many factors. There is not a specific answer because there is such a variety of RC planes available. To determine the weight that can be carried, you must first determine the size of your plane. Most RC planes will be able to carry between 10 ounces and 20 ounces per square foot of wing.”

Calculated weight capacity of the wings based on that rough rule of thumb found this. 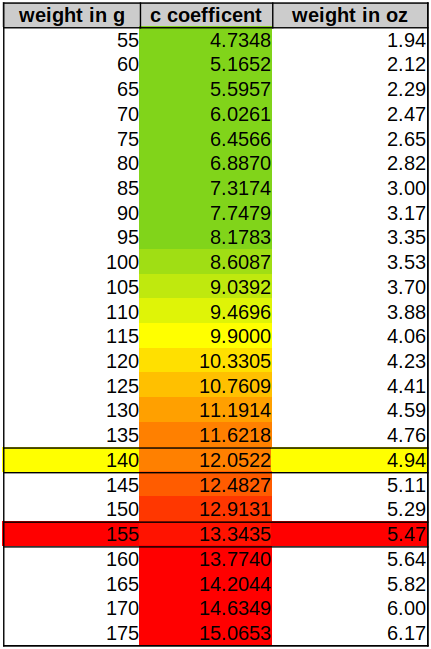 It looks clear that the first flight was pure luck from the headwind. After some consideration, the quickest and cheapest way to replace the pylon setup was to used a plastic water bottle cut in half. The material is light and easy to wrap around the entire electronics. The battery and GPS modules were also included in the new housing.

The final weight measured 122 grams which put the plane in the “will fly well” category. Another benefit to this revised payload solution was the easier setup and now the lock LED was more visible from the ground. 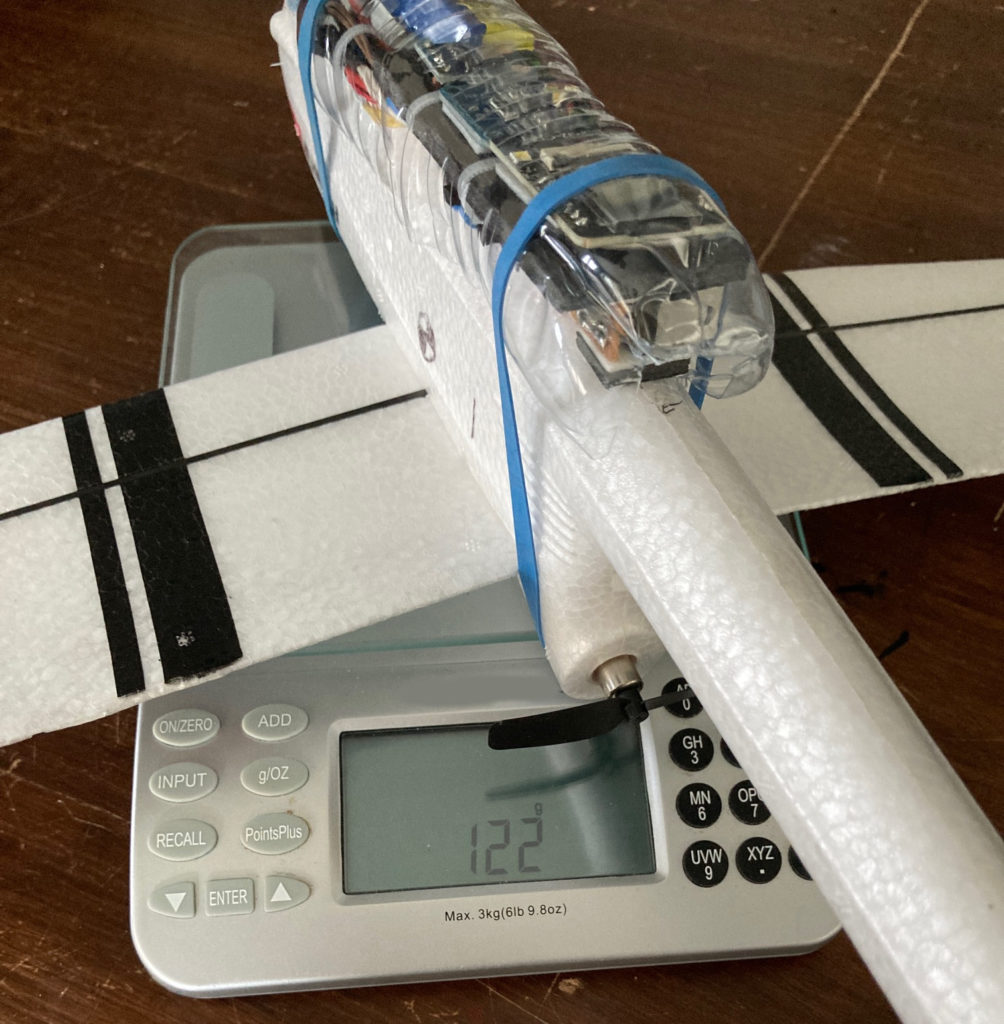 The next flight day was the best weather possible with clear skies and no wind. When arriving at the field, there were several other flights going on, so until the area cleared, the flight would wait. During that time, all preflight was done and all there was left to do was launch once the field was clear. There was a 4 foot bank above the field that was used to launch from, this gave some added height in the event it was needed, which it wasn’t. The plane took to the air without much effort. The math was correct.

During the flight, the lock LED was easy to spot. The plane did have more of a tendency to nose down, but it wasn’t drastic. None of the controls needed to be heavy handed and the plane responded well during flight. After a few minutes of flight the plane was brought back down and landed without any trouble.

The next section will cover the data that the ESP32-Cam system was able to gather during this and subsequent flights.